What more needs to be said?
http://www.somejerkproductions.com/
Posted by Peter Barton at 8:32 PM No comments:

We're getting close to finishing the Captain Mineass visual novel, which will hopefully be released Monday, if not then later in the week. Here's some pictures of the characters and a few backgrounds that will be in the game to keep you guys occupied. 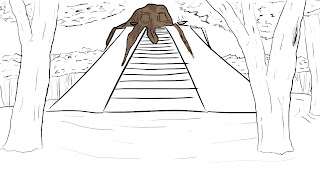 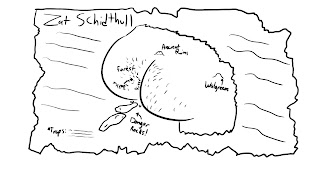 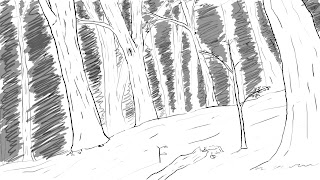 Posted by Peter Barton at 7:28 PM No comments:

Starting this month is the "make a visual novel in a month thingy" also known as NaNoRenO. We at Some Jerk Productions will be participating in it this year. Everything in the game will be made from scratched for the visual novel (sans music), for better or for worse. 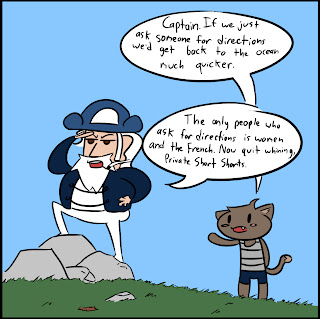 *Will not be in color.
Posted by Peter Barton at 7:56 PM No comments:

The people over at PuritySins did a recent look at of Dying With Thyself and are willing to keep playing if enough people ask them to. If you'd like to see someone else take a stab at the insanity that is Dying With Thyself make sure to comment on the video. (Maybe throw a like and a subscribe while you're at it.)
Posted by Peter Barton at 2:13 PM No comments:

A Dying Play Through

ChrisTenarium over at YouTube has recently been uploading a play through of "Dying With Thyself," which I've greatly enjoyed watching. There's nothing better than watching someone play the game with no expectations. You can check out the first part right here:

Also, if you have any questions or know of more videos or written reviews of "Dying With Thyself" shoot me an email at peter(dot)barton89(at)gmail(dot)com, or leave a comment. I'll try to showcase them here.
Posted by Peter Barton at 6:56 PM No comments:

So we've been using dropbox for the past couple months to host the files (along with Indie DB) and it was working fine. However, we've hit some sort of limit on dropbox and the link is currently suspended. So from now on we'll just be using the Indie DB link to download the game. The Mac build will be uploaded there later today.

Sorry for any inconvenience.

Review of Dying With Thyself Is In!


Weeaboo.nl does an excellent job at reviewing Dying With Thyself. Sure, we may have different opinions on some things, but I think overall he nailed at describing the game. Go and check it out.
http://weeaboo.nl/2012/12/review-dying-with-thyself/
Posted by Peter Barton at 6:07 PM 2 comments: